In this bumper issue Lauren Dickey examines four elements of strategic tradition in the cross-Strait relationship, Vivienne Guo looks at the post-war political reorganization of Chinese women activists within the CCP United Front framework, and Andreas Fulda sheds new light on the contested roles of foreign and domestic foundations in the PRC. In their essays, Don Rimmington, Stephan Feuchtwang and Tao Tao Liu reminisce on the early history of BACS and some of its major achievements over the past 50 years. Gerda Wielander reviews Xu Zhiyong's 2017 memoir, To Build a Free China: A Citizen's Journey, in the light of recent political developments in China, including Liu Xiaobo's death on 13 July 2017. 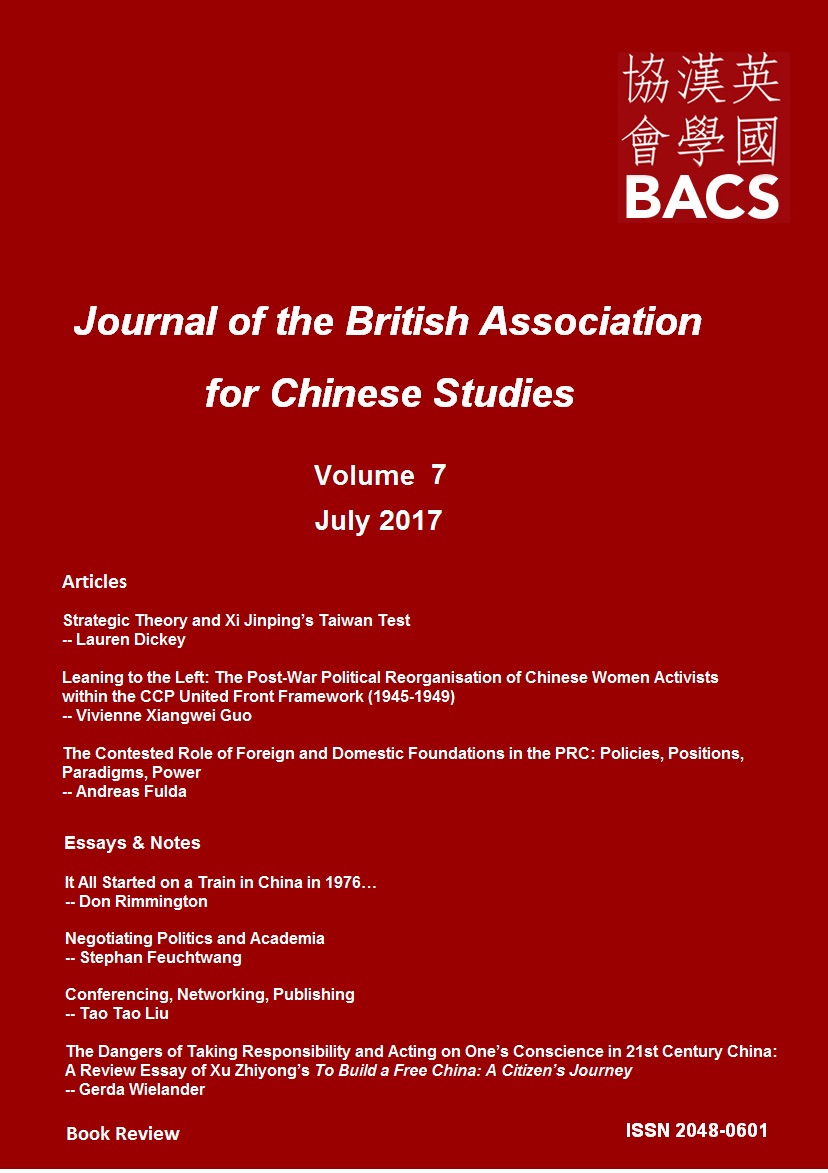