In this inaugural issue of the Journal, Paul Bailey examines the recruitment by Britain and France of almost 14,000 Chinese labourers to work in France during World War One and considers its implications. Christos Lynteris examines how a single phrase praising the ‘spirit of selflessness’ of the Canadian doctor Norman Bethune led to two conflicting exegeses in the medical literature of the People’s Republic of China. 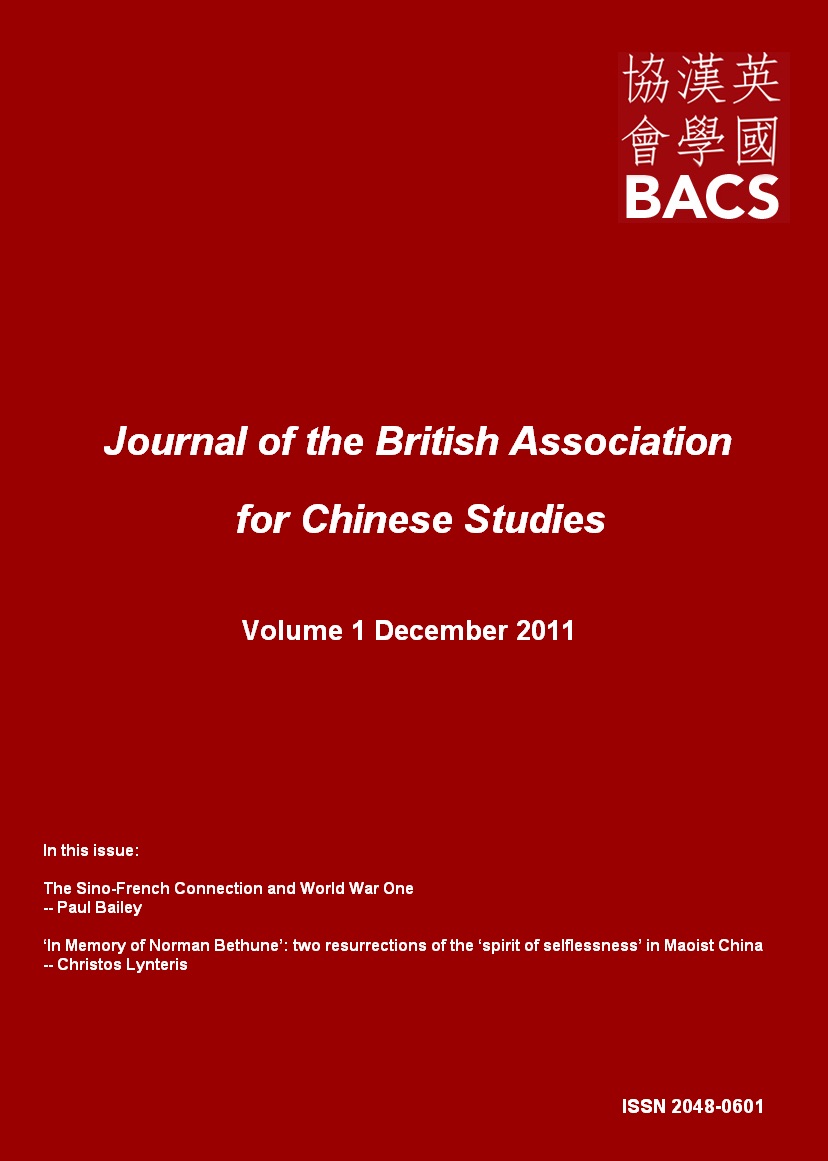