We are very pleased to bring you.. 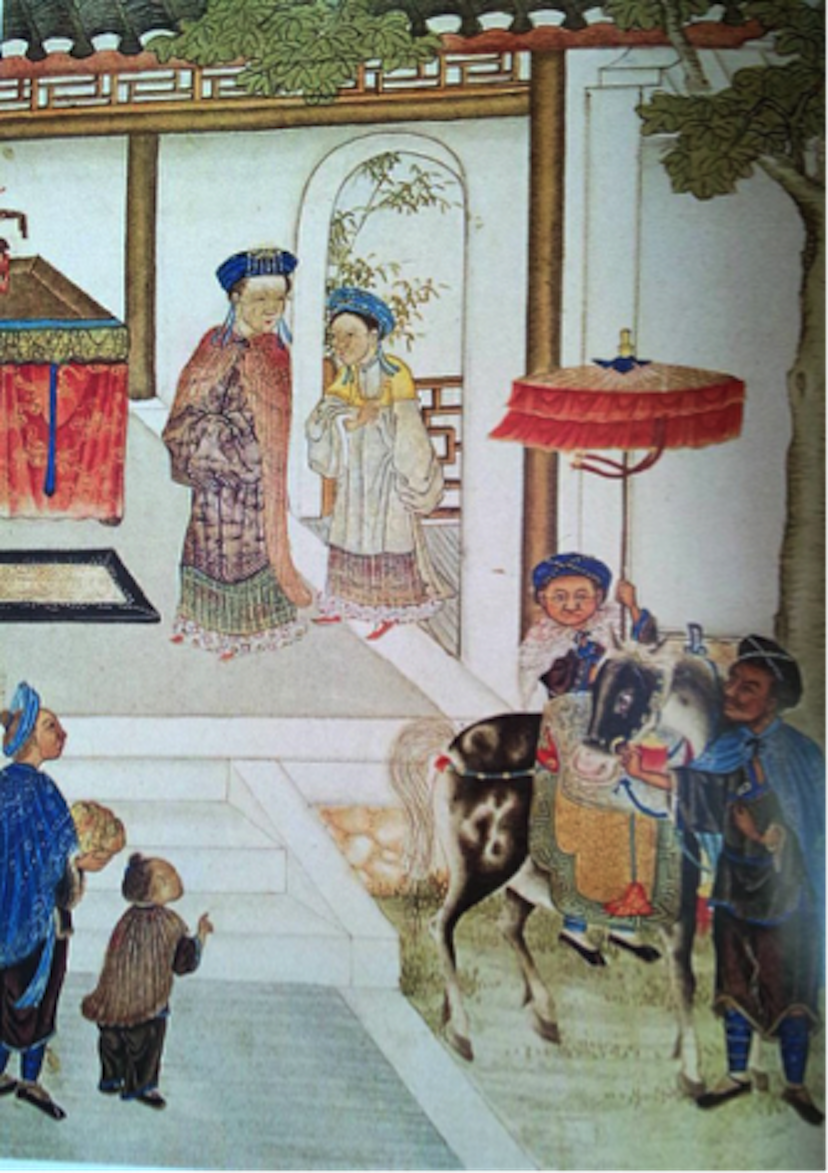 We are very pleased to bring you issue 8.2 of JBACS. In this issue, four research articles are complemented by two thought-provoking essays and a selection of book reviews, once again demonstrating the wonderful variety and breadth of research undertaken under the broad umbrella of Chinese studies in the UK.

We are very pleased to bring you issue 8.2 of JBACS. In this issue, four research articles are complemented by two thought-provoking essays and a selection of book reviews, once again demonstrating the wonderful variety and breadth of research undertaken under the broad umbrella of Chinese studies in the UK.

The issue starts with two papers that were highly ranked in the 2017 BACS Early Career Researcher Prize competition. Amy Xiaofan Li’s article explores the notion of you 游 in the Zhuangzi and Six Dynasties literati writing. From the more literal meanings—“swim in water”, “move in an unobstructed way”, “wander”, “travel afar”—to its extended meanings—"ramble in a carefree way”, “travel playfully”, “travel into foreign or unknown space”, or “enjoy a leisurely activity”—Li reveals the differences and similarities between its conceptualisation in the Zhuangzi and its interpretation and use in later neo-Daoist writing. Jing Zhu’s piece examines the Miao album ( baimiao tu 百苗圖), a genre of ethnographic illustration from the late-imperial period depicting the bodies, cultures and environments of ethnic minorities in the southwest of China. Zhu argues that these fascinating albums were not just consumed by government officials, their intended audience; they were also viewed for pleasure by a much more diverse population.

Julian Ward’s piece focuses on the August First Film Studio and the changing cinema scene of the early 1980s. Drawing on evidence from key films of the period, including The Colourful Night ( Caise de ye 彩色的夜), The Last Military Salute ( Zuihou yige junli 最后一个军礼) and Star of the Battleground ( Zhandi zhi xing 战地之星), Ward shows that, despite contemporary criticism to the contrary, directors were starting to experiment with more challenging filmmaking methods. He also argues that campaigns against films perceived to be hostile towards communism served as a strong indication of the continuing importance of “patriotic” film to the state. Senia Febrica and Suzie Sudarman examine how China’s relations with Indonesia (and Southeast Asia more broadly) are represented in Indonesian media and government discourse. Their content analysis of government documents and media reports from 2008-2015, and findings from interviews with Indonesian government officials, reveal Indonesia’s apparent ambiguity in dealing with China.

The two essays in this issue have been provided by two of the top scholars in their fields. Kerry Brown’s essay examines two major communications from the European Commission in 2006 and 2016 on relations with the People’s Republic of China and, in particular, how to defend and promote rule of law, human rights and associated freedoms. Norman Stockman’s essay presents his reflections on his career working as a sociologist with a particular interest in China. He argues that theoretical and political disputes and dilemmas, combined with institutional and organisational factors within higher education, have operated to create and maintain barriers to fruitful interaction between disciplines and area studies, and between sociology and Chinese studies more particularly. The views and conclusions expressed are his own and we invite other scholars to respond with their own views and experiences to create a debate around this important tension. Please use the journal submission link to submit your response: http://bacsuk.org.uk/journal.

Judging for the 2018 ECR Prize is currently underway. We have been extremely impressed by the quality of the work submitted. For those of you interested in participating next year (or for supervisors with doctoral students who may be eligible to take part), detailed information has already been circulated via the BACS mailing list and BACS social media accounts; it can also be found here: http://bacsuk.org.uk/ecr-prize. The winner will be announced in September at the forthcoming BACS annual conference at KCL. Schedule and registration details are available on the BACS website: http://bacsuk.org.uk/conferences/annual-conference.

Finally, a reminder that JBACS is looking to fill one co-editor position as Sarah will have fulfilled her five years’ service at the end of this academic year. We are looking for an established academic with substantive experience in reviewing research for journals, academic presses and research funders, and a proven ability to engage with Chinese-language-based research that may come from a wide range of disciplines. Ideally, this person should be based at a UK institution in order to be able to attend editorial meetings, most of which coincide with BACS Council meetings. This is a voluntary (unpaid) position, but the rewards are great, and we would encourage anyone considering nominating themselves to get in touch with either one of us as soon as possible. We are also looking to appoint an editorial assistant (paid) to support the editors one day a month (eight hours). Here we are looking for an enthusiastic PhD student or post-doc with excellent command of English, who would like to learn about editorial processes by aiding the editors in their correspondence with peer reviewers and authors. Again, please contact us directly if you are interested.

JBACS is a rigorously peer-reviewed, fully open-access journal which, unlike the vast majority of open-access journals, does not charge article production fees. We are a democratic, collaborative community that relies entirely on voluntary work. You can support our work and the future of independent academic publishing by submitting your work to JBACS. We are continuously striving to improve the journal and welcome all feedback. If you do have any comments or suggestions for future special issues, please do get in touch.