Chinese Identities in Australia amid the COVID-19 Pandemic: Backgrounds, Challenges, and Directions for Future Research 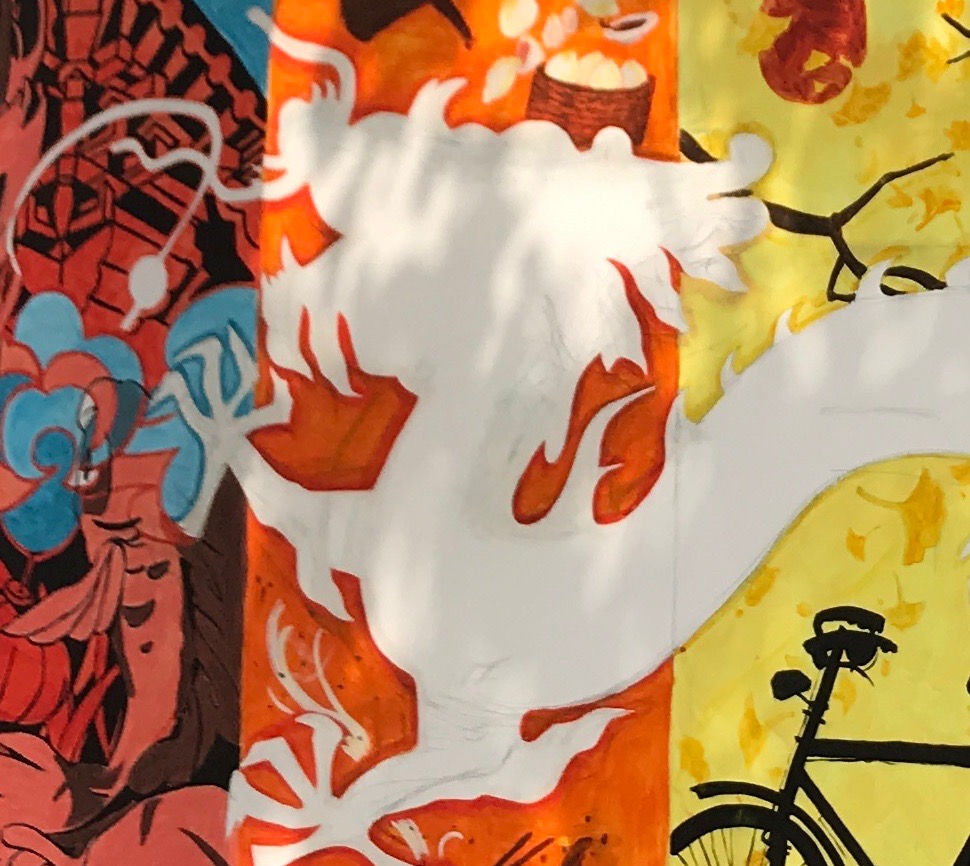 Although they are often perceived as one group, significant diversities in culture, language, social class, and political opinions exist among people who identify as Chinese in Australia. More academic attention should be given to internal variations among these people, as they immigrated to Australia in different historical periods and from different localities. The Chinese identities in Australia have been further complicated by the COVID-19 pandemic and its intersectionality with anti-Asian racism globally, warranting new empirical analysis and theoretical reflections.

Among Australian citizens and permanent residents, those with Chinese heritage are often perceived as one group despite their significant diversities in culture, language, social class, and political opinions. This paper argues that more academic attention should be given to the various identities within this group, as people of Chinese ancestry immigrated to Australia in different historical periods and from different localities. We also argue that the COVID-19 pandemic and its global intersectionality with anti-Asian racism have further complicated Chinese identities in Australia, warranting further empirical analysis and theoretical reflection. To articulate our arguments, we start by providing a brief history of Chinese immigrants in Australia, then discuss some essential complexities underlying the Chinese identities in Australia before raising some emergent issues regarding Chinese identities in Australia amid the COVID-19 pandemic.

Following the first Opium War of 1839-1842, a time of rebellion and warfare, many people emigrated from China to overseas destinations - including Australia - in hopes of escaping poverty, famine, overpopulation, and natural disasters (Ryan, 1995:15). Many early Chinese pioneers sought fortune in the goldfields. While some were successful in accumulating wealth, many remained in poverty. The increasing Chinese population in Australia soon led to racial discrimination and the introduction of racist policies imposed by colonial authorities, such as the 1855 anti-Chinese immigration legislation in Victoria to exclude and remove Chinese immigrants (Ip, 2012: 159).

Anti-Chinese sentiments played an essential role in Australia’s federation in 1901, after which the so-called “White Australia Policy” was further strengthened. The White Australia Policy was an immigration policy and a nationalist ideology that reflected Australia’s desire to maintain itself as a white, British nation (Tavan, 2004: 109). Its mechanisms were geared toward protecting the interests of the Anglo-Australian population, in particular through imposing taxes on all Chinese migrants and through the use of the “dictation test”, which required migrants who entered Australia between 1901 and 1958 to write 50 words in any European language selected by an immigration officer (Thompson, 2007). The test was designed to exclude applicants deemed as undesirable, such as those from China.

Across the first six decades of the 20th century, very few migrants of Chinese ancestry emigrated to Australia (Jayaraman, 2000). However, with the introduction of multiculturalism as a policy discourse in the 1970s, Australia has seen a growth of new Asian migrants from the South-East Asian bloc. Reasons for migration varied, and the range of migrants has been diverse, from ethnic Chinese immigrants seeking political asylum as refugees from Vietnam and Cambodia to families seeking economic opportunities and educational prospects from Malaysia, Singapore, and Indonesia (Jupp, 2002). Since the early 2000s, the rise of new middle classes in East Asia has resulted in a growth of Chinese people from mainland China, Hong Kong, and Taiwan settling in Australia (Tao & Stapleton, 2018).

Today, all these immigrants and their descendants may identify as being “Chinese”, but what constitutes being “Chinese Australian” is highly diverse. According to the latest available census data, as of 9 August 2016, 1,232,900 Australian residents self-reported that at least one of their two primary ancestries was Chinese, accounting for 5.27% of the entire Australian population as of the census night. At the same time, there were 770,068 (3.29%) Australian residents whose parents were both born in the Greater China region, and 927,944 (3.97%) Australian residents for whom a Chinese dialect was the most frequently spoken non-English language at home (Tao & Stapleton, 2018).

Through quantifiable attributes such as ancestry and language, census data may reveal some factors that shape Chinese identities in Australia. However, compared to people born in Northeast Asia such as mainland China, Taiwan and Hong Kong, those from other places such as Southeast Asia face more structural restrictions toward articulating their family backgrounds in the census. As a result, the census data may conceal how immigrants and their descendants perceive their Chinese identities. According to Ang (2001), being Chinese varies from place to place, moulded by the circumstances in different parts of the world where people of Chinese ancestry have settled and constructed new ways of living.

Today, anti-Chinese rhetoric remains a prevalent sentiment in contemporary Australian society, albeit more often masked as covert forms of micro-aggression through the reproduction of reductionist narratives about the “foreign other”. For example, during a 2020 Australian Senate Committee public hearing, a Liberal senator questioned three experts of Chinese heritage if they unconditionally condemned the Chinese Communist Party, which was not relevant in any meaningful way to the hearing’s purpose (Mann, 2020).

Frequently viewed as visible “foreign others”, Chinese Australian citizens and residents are convenient targets of racial discrimination and scapegoats for economic and political tensions. Unsurprisingly, the outbreak of the Covid-19 pandemic triggered a significant resurgence of anti-Chinese rhetoric in Australia. Since early 2020, reports of abuse and racism directed at Chinese Australian citizens and residents have risen (Tan, 2020). The number of hate crimes towards people of Chinese heritage in Australia has also significantly increased (Kassam & Hsu, 2021). In addition, many Chinese international students, regardless of their individual political views, were put in awkward situations created by increasing diplomatic tensions between China and Australia (Tao, 2021). This unfortunate resurgence of anti-Asian racism in Australia amid the COVID-19 pandemic provides opportunities to answer a series of significant empirical and theoretical questions.

Firstly, during the wave of the COVID-19 pandemic, many hate crimes and incidents of racial discrimination in Australia targeted not merely immigrants of Chinese heritage but people of Asian appearance. Therefore, similar to as happened in the United States (Chaffin, 2021), widespread anti-Asian racism may foster a stronger desire among people of Chinese heritage in Australia to embrace a pan-Asian identity. Meanwhile, the political tension between Beijing and Canberra may make some people of Chinese heritage in Australia, especially those who do not identify with the People’s Republic of China, feel the need to highlight their non-PRC identities. Therefore, we can ask whether the resurgence of anti-Asian racism make Chinese identities in Australia more fragmented or more closely aligned and integrated into the broader Asian identities.

Secondly, anti-Asian racism amid the COVID-19 pandemic is not exclusive to Australia. It reflects “a long-running ‘otherness’ that Western society has attributed to Asian peoples” (Roberto et al., 2020: 364). Still, the government and politicians in different western countries have adopted significantly different political rhetoric through the COVID-19 pandemic. Donald Trump, for example, frequently used racist epithets such as “Chinese virus” or the “kung flu”. However, Australian Prime Minister Scott Morrison explicitly and repeatedly praised the Chinese community for their response to the COVID-19 pandemic. What are the impacts of the political rhetoric on anti-Asian racism and Chinese identities in different Western countries?

Finally, incidents of racial discrimination against international students, temporary visa holders and people of Chinese heritage during the COVID-19 pandemic are regularly featured by media in Australia and China. Since February 2020, the Australian Broadcasting Corporation has extensively reported both explicit cases of abuse and a general trend showing increased abuse and racist attacks against Australian residents of Chinese heritage (see respectively Bell, 2020; Walden, 2020). The Chinese Ministry of Education’s warming against studying Australia, citing racial discrimination during the COVID-19 pandemic, was also heavily featured in the Chinese media (Tao, 2021: 302). Compared to their peers stranded in China, Chinese international students who resided in Australia during the pandemic were more likely to experience anti-Asian racism. However, they were also better positioned to closely engage with the Australian community, including observation of the anti-racist efforts that took place. Will perceptions of racial discrimination thus differ between onshore and offshore Chinese international students? And what are the differences and similarities in “Chinese identity” between these two groups?

We anticipate that the answers to many of the questions we raised in this paper will probably not be straightforward. However, in-depth analysis of the Chinese identities in Australia based on timely empirical data will return fruitful academic outcomes. These outcomes will provide a much-needed snapshot of how the Chinese identities have been impacted by the COVID-19 pandemic and its global intersections with anti-Asian racism. They will also contribute to many ongoing theoretical discussions on migration, identity, and globalisation.

Ang, Ien (2001), On Not Speaking Chinese: Living Between Asia and the West, London: Routledge.

Jayaraman, Raja (2000), “Inclusion and Exclusion: An Analysis of the Australian Immigration History and Ethnic Relations,” Journal of Popular Culture 34(1): 135-155.

Tavan, Gwenda (2004), “The Dismantling of the White Australia Policy: Elite Conspiracy or Will of the Australian People?”, Australian Journal of Political Science 39(1):109-125.