An Issue on Identities and Art 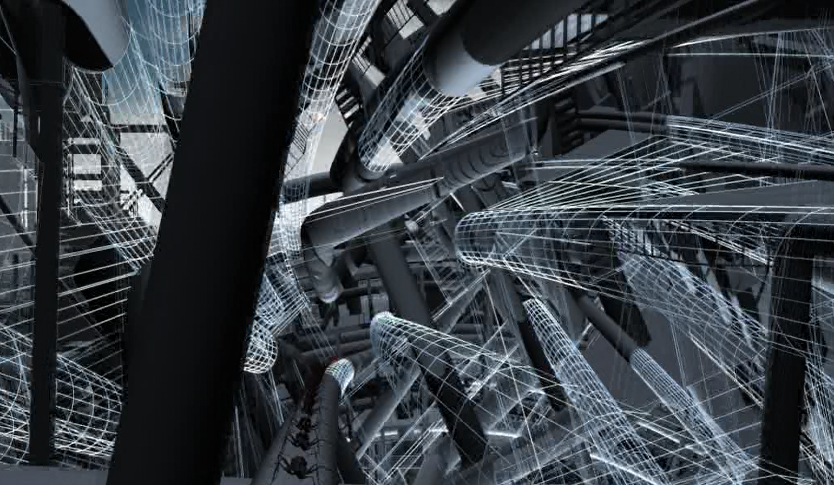 This issue falls into two thematic sections, one on the politics of Chinese identities, the other on art and collections. The first part deals with possibly the most pertinent topic in Chinese studies at present, and that is the question of Chinese identity, how it relates to China in the narrow sense of the PRC on the one hand and to alternative identity categories on the other. The question is of particular pertinence in the context of the surge of racism against Chinese and other East and Southeast Asian communities since the start of the Covid-19 pandemic in the UK and across the world. We alert you to our call for papers on Chinese Identity in an Age of Anti-Asian Racism and #StopAsianHate with a deadline of 15 August. The four articles engaging with the question of identity in this issue address the problematic in different timeframes and with different conceptualisations. The second half of this issue features three articles which each deal with differing aspects of art, aesthetics, and media in the contemporary PRC; it includes the prize-winning essay of the 2020 Early Career Researcher Prize by Angela Becher. We conclude with an elegy on a Hui Muslim mosque.

After a brief hiatus in January 2021, we are now back with a stronger issue than ever. Our Volume 11 falls into two thematic sections, one on the politics of Chinese identities, the other on art and collections.

There is perhaps no topic in Chinese studies at present that is more important than the question of Chinese identity, how it relates to China in the narrow sense of the PRC on the one hand and to alternative identity categories such as East-Asian or the Sinophone (to mention but two of a range of categories) on the other, and how it is variously mobilised and rejected in the context of a dynamic geo-political context. The question is of particular pertinence in the context of the surge of racism against Chinese and other East and Southeast Asian communities since the start of the Covid-19 pandemic in the UK and across the world. We alert you to our call for papers on Chinese Identity in an Age of Anti-Asian Racism and #StopAsianHate with a deadline of 15 August.

The four articles engaging with the question of identity in this issue address the problematic in different timeframes and with different conceptualisations. Two of them (Yan Wu et.al. and Yeh) were originally presented at the conference “Remapping the Cultural and Linguistic Landscape of the Chinese in Britain”, held at the University of Westminster in February 2020.

Dalton Rawcliffe’s paper analyses the effect of transnational Maoism on Britain’s ethnic Chinese populace in the 1960s. Strategically promoted by the PRC government to Chinese populations abroad, Maoism gained traction with members of Britain’s Chinese community who faced inequality and discrimination under British rule. The experience of anti-Chinese racism had long contributed to the popularity of communist ideology among British Chinese communities whose welfare had largely been ignored by the British government in the UK and Hong Kong. Rawcliffe highlights the role that films, in particular, played in what we would now refer to as “soft power initiatives” on the part of the PRC and the Hong Kong Left and how the Hong Kong and British governments, in turn, stepped up their counterpropaganda campaign in the form of Cantonese films from Hong Kong aimed at forming a Hong Kong identity.

Over the five decades since the Hong Kong riots of 1967, China’s propaganda and soft power initiatives have changed significantly. Employed both domestically and abroad, the Chinese Dream campaign has attracted wide scholarly attention since its inception. Yan Wu, Sian Rees, Richard Thomas, and Yakun Yu turn their attention to the reception of the Chinese Dream branding campaign by audiences overseas. Based on data from focus groups in Wales organised around Tu Weiming’s symbolic universes as part of his concept of “cultural China”, their article shows that while the Chinese Dream nation branding campaign can be broadly considered successful, there are also very significant differences in the way different individuals respond to it, depending on their own background. Most poignantly, they note that “‘push’ factors from host countries including racism and stereotyping often heighten feelings of alienation, isolation and nostalgia for the lost homeland. This hunger for cultural identification unconsciously drives first generation Chinese immigrants […] towards the Chinese Dream, voluntarily or inadvertently.”

50 years later, Hong Kong identity is also well developed and stands at the heart of the rise of localism which has underpinned political movements in Hong Kong in the last decade. Analysing a rarely voiced position, Ling Tang presents the difficult position liberal Mainland Chinese students faced in the complex environment of the Umbrella Movement. In a context where localist identity and political activism are predicated on a perceived dichotomy between Hong Kong and Mainland China, liberal students from the Mainland who wished to take part in the movement were met with suspicion and hostility. On the other hand, Mainland China depicted Hong Kong protesters as unemancipated British colonial subjects. Through in-depth interviews with liberal Mainland students, Tang’s article gives voice to an important yet largely neglected form of liberalism that transcends both Hong Kong localism and Chinese nationalism.

Diana Yeh’s article, too, engages with the question of transcending assumed demarcation lines defining communities. Significantly advancing critical thinking on “British Chinese” as a category normally defined within the boundaries of culture, language, or ethnicity, Yeh examines the recent emergence of “British East (and Southeast) Asianness” as political identity that contests borders of “Chineseness” and its policing while maintaining a Chinese hegemony. Based on two case studies revolving around two collectives in the creative and cultural industries, Yeh identifies a more radical and more integrationist approach among her respondents. She argues that “the mobilisation of ‘British East and Southeast Asian’ as a form of identity-based politics can be an expansive force that opens up, rather than forestalls, solidarities across racial, gendered, sexual and ableist and other forms of oppression.”

The second half of this issue features three articles by Emily Williams, Avital Zuk Avina, and Angela Becher which each deal with differing aspects of art, aesthetics, and media in the contemporary PRC. Emily Williams’ article focuses on the widespread phenomenon known as “Red Collecting”, referring to the collecting of artefacts from Chinese Communist Party history. Williams’ ethnographic research reveals that this practice is more complex than typically thought, featuring a wide range of motivations from political nostalgia and historical preservation to financial profit and entertainment, as well as types of collector items – far more diverse than the Mao badges and propaganda posters that often come to mind. Ultimately, Williams argues, Red Collecting reflects the diversity of memories held within the PRC of Mao era and revolutionary history and helps mediate between individual, social, and historical forces in contemporary China.

Zooming out from red to consider colour symbolism more broadly, Avital Zuk Avina employs the concept of “colour grammar” to show how colour in contemporary Chinese art and propaganda relies upon three metafunctions – ideational, interpersonal, and textual – to create and communicate meaning, and thus ought to be considered a “meaning component” in its own right. By examining the use of colour in a number of propaganda posters, Avina argues for the centrality of colour-dependent meaning-making in Chinese visual culture and proposes a new methodology for “reading” the grammar of colour.

The final research article in this issue is the winner of the 2020 BACS Early Career Researcher Prize, Angela Becher, whose article “The Digital Illusion: Chinese New Media Artists Exploring the Phenomenology of Space” examines spatial narratives in several examples of digital media artwork. These works, which encompass an augmented reality app, mixed reality performance, 3D animation film, and Second Life project, use techniques such as movement and stillness, perspective and proportion to map out the “complex and multilayered nature of cities today”. By giving form to new and altered types of spatial subjectivity, they not only compel us to consider how urban environments are mediated by the “virtuality” of digital media technologies, but also invite us to contemplate how our own experiences of living and being within the city are shaped by the illusions that all media offer. Many congratulations once again to Dr Becher!

This volume concludes with a short essay by Jin Xu, who presents us with an elegy to Nanguan Mosque, charting the rise and fall of a Chinese Muslim cultural icon from the 1980s to today.

We hope you enjoy reading this July 2021 issue of BJoCS! It would not have come about without the excellent work by our copy editor Tom Marling who has been supporting the journal for the last two years. We are immensely grateful for all he has done for us and wish him all the very best in his career as he now leaves us to concentrate fully on his main professional work. Thanks are also due to Mariane Bignotto who has once again produced the pdfs for the issue with great diligence and care.