Elegy to the Nanguan Mosque (1981-2020): The Rise and Fall of a Cultural Icon of Hui Muslims in China 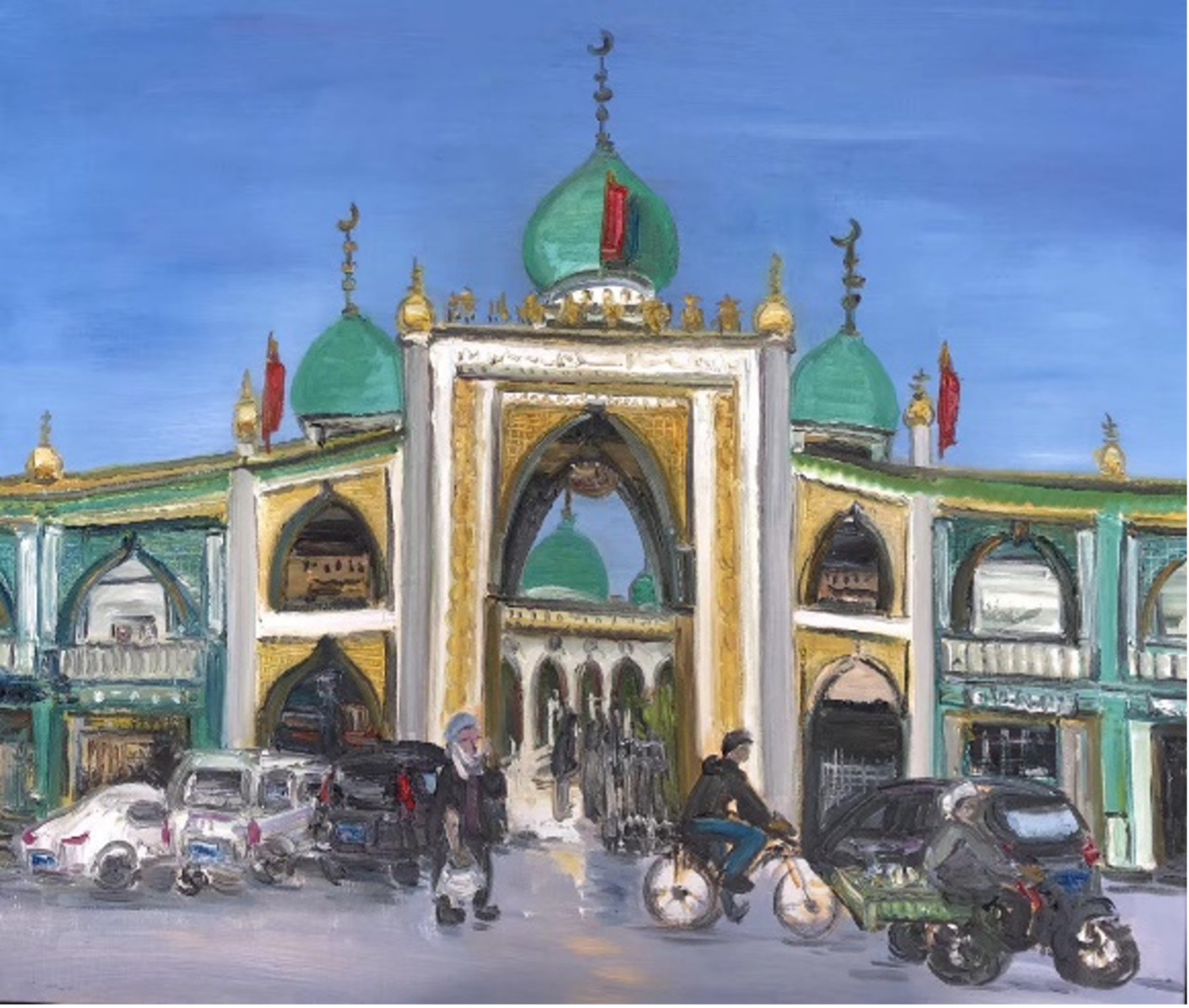 This article charts the fortunes of Nanguan Mosque in Ningxia Hui Autonomous Region over the past forty years.

In the summer of 2020, the Nanguan Mosque in Yinchuan was “remodelled” by the local authority (Ma, 2020). For thirty-nine years, the overtly Islamic-style building was an iconic landmark in the Ningxia Hui Autonomous Region (Fig. 1). Chinese-speaking Hui Muslims make up more than one-third of the population of this province in Northwest China. During the remodelling, all exterior elements related to Islamic art and architecture were removed, including the two minarets, Quranic calligraphy, and the magnificent green domes of the main building. What remains is a hip-roofed, dull, and decidedly nondescript structure covered completely with dark, greyish paint (Fig. 2). 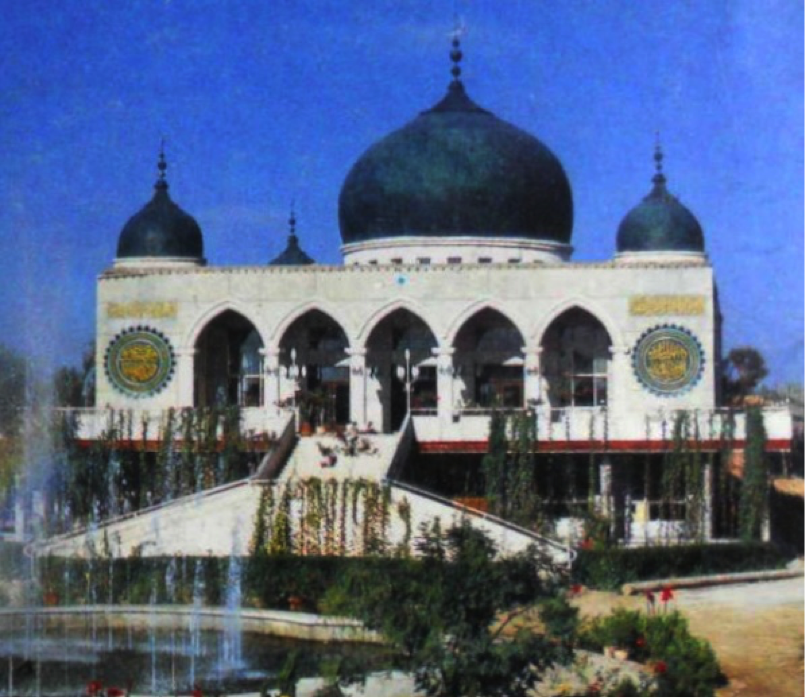 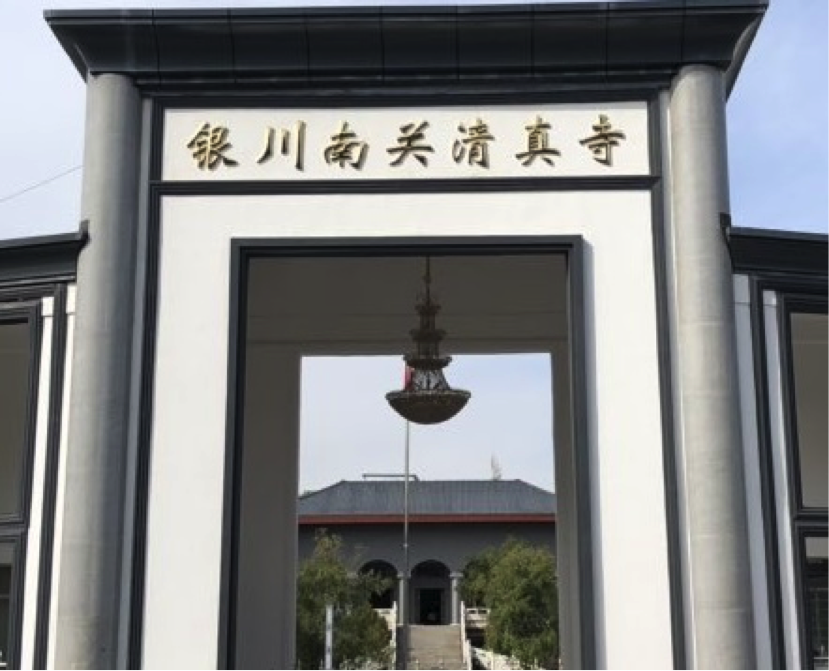 Figure 2: The Nanguan Mosque after remodelling (2020), photo by Christina Scott.

In the following short essay, I chart the history of the Nanguan Mosque as the most celebrated symbol of Hui Muslims since 1981. A masterpiece of modern architecture, it witnessed the rise and fall of Hui Muslims’ freedom to openly express their unique cultural identity. Moreover, the different incarnations of the mosque represented the Chinese state’s changing approaches to religions over the decades, starting with the restitution and reconstruction of religious sites in the 1980s, and the subsequent positioning of them as tourist attractions, to the most recent elimination of their religious features.

The Nanguan Mosque was built in 1981 outside the historic south gate (nanguan 南关) of Yinchuan, the capital of Ningxia. At the site of its construction, there had once been a sizeable Chinese-style mosque that was knocked down by Red Guards during the Cultural Revolution (1966–1976). The new mosque was designed by Yao Fuxing 姚复兴, a Hui architect trained at the prestigious Tsinghua University, who was commissioned by local Muslim communities. Upon its consecration, it became not only the first Islamic-style mosque built by Hui Muslims in the history of the People’s Republic of China, but also one of the few Islamic-style mosques built in the entire history of the Hui people (Yao, 1982: 62).

Indeed, although Muslim communities migrated from West and Central Asia to China as early as the seventh century AD, Islamic-style architecture never enjoyed popularity on Chinese soil before the twentieth century. The reason for this lack of recognition has to do with building techniques. Masonry and pure brickwork, which are typical of Islamic architecture, were unusual in pre-modern China, where they were limited to a few applications (e.g., tombs, walls, and pagodas) (Steinhardt, 2008: 340). Conversely, timber-frame construction was readily available, though the technique inevitably gave rise to an ostentatious Chinese or Sinicised appearance. In the twentieth century, the creation of Islamic-style mosques became increasingly possible due to the widespread use of modern building materials: the two-story body of the Nanguan Mosque was built of steel and concrete, and the domes were fiberglass.

Over the course of Hui Muslim history, Chinese-style mosques accommodated all principal practices required by Islam, and some Hui mosques are considered among the most exquisite examples of timber construction in East Asia. Nevertheless, Chinese-style architecture was not perfectly suited to the construction of a mosque. As many scholars and Hui Muslims have pointed out, as far as architectural forms are concerned, it is difficult to tell a Chinese-style mosque apart from a Buddhist or Daoist temple. Since the communal life of the Hui people pivots around mosques, their distinct cultural identity is therefore rendered invisible where the Chinese architectural style is employed. Of course, it is worth noting that this ambiguity once provided Hui mosques with a “camouflage” of sorts to divert unwanted attentions from the dominant Han population (Yao, 1991: 118–122).

The design of the Nanguan Mosque, as Yao states, aimed to articulate the otherwise hidden cultural identity of the Hui Muslims by drawing on the rich tradition of Islamic architecture outside China. Instead of being any Arabic or Middle Eastern mosque, as many assume, the primary model studied by the architect was the Taj Mahal in India (Gan, 2018); for him, the plump domes and pointed arches of the Mughal masterpiece epitomise the beauty and elegance of Islamic architecture. Some Hui Muslims see the domes of the Nanguan Mosque as embodiments of Prophet Muhammad and the four schools of Islamic law. But as the architect confesses, it is their unique artistic qualities that concerned him the most (Yao, 1982: 60–61).

It is noteworthy that the Nanguan Mosque was not the first major work of Islamic-style architecture built in China after 1949. In 1957, the headquarters of the Chinese Islamic Institute (CII), a state-sponsored Islamic school for Muslim leaders (Imam and Mawla) of different ethnicities, adopted a form featuring a central dome surrounded by four smaller ones on the roof (Fig. 3). All of the domes are painted in deep green, which recalls the lofty dome above the tomb of the Prophet Muhammad in Medina. The architect of this Islamic-style structure was Zhao Dongri 赵冬日, one of the most renowned state architects in the PRC and a chief designer of the Great Hall of the People on the Tiananmen Square.

Zhao’s CII headquarters might have influenced Yao’s choice to use a green colour on the domes of the Nanguan Mosque. But unlike the CII headquarters, the Nanguan Mosque was intended to unequivocally look like a Hui building. It was designed by a Hui architect for Hui communities and it was marked by a synthesis of what the architect believed to be the most salient features of Islamic architecture. Upon its completion, the Nanguan Mosque was celebrated as an icon of the Hui Autonomous Region at both official and popular levels. In 1988, to commemorate the thirtieth anniversary of the establishment of the Ningxia Hui Autonomous Region, the People’s Bank of China issued a coin with the mosque on the reverse (Fig. 4). For decades, the beautiful mosque appeared on postcards, calendars, and myriad advertisements and publicity materials. Notably, the Nanguan Mosque also received a great number of foreign diplomats from Muslim countries in the 1980s and 1990s, thus functioning as a cultural bridge between China and the broader Islamic world during the early stage of reform and opening up. 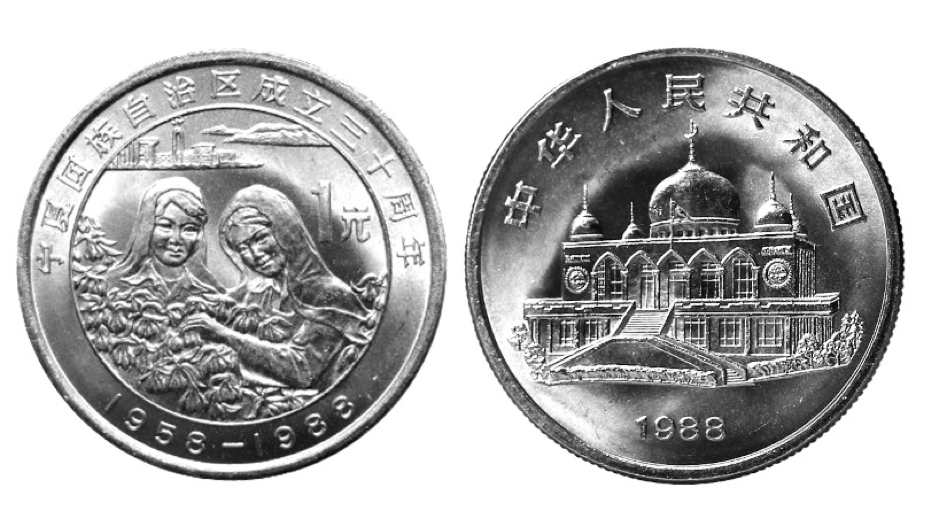 Figure 4: Commemorative Coin for the Thirtieth Anniversary of the Ningxia Hui Autonomous Region, 1988.

A personal story may further illustrate the fame of the Nanguan Mosque among Hui and Han people alike. As a Han Chinese brought up in Ningxia, I have always been fascinated by the cultural diversity of my hometown. In 1993, when I was in the sixth grade, I submitted a drawing of the Nanguan Mosque to a “paint your home province” contest held by China Children’s Daily, the national newspaper for children in China. To my great pleasure, my work was selected for the award. It was published in the newspaper along with a brief caption written by me, which read, “[The mosque] shows a marked Islamic style and it looks majestic, grand, and graceful” (Xu, 1994: 5). This was my first ever publication – an unforgettable highlight of my childhood.

But of course, the Nanguan Mosque was prized most highly by the Hui community. Many Hui mosques constructed after 1981 imitate or refer to its design, which allow them stand out prominently from their surroundings. Thanks to the Nanguan Mosque, green-coloured domes in China went from an officially endorsed symbol of Islam to a distinct way of expressing the Hui cultural identity in public (Fig. 5). 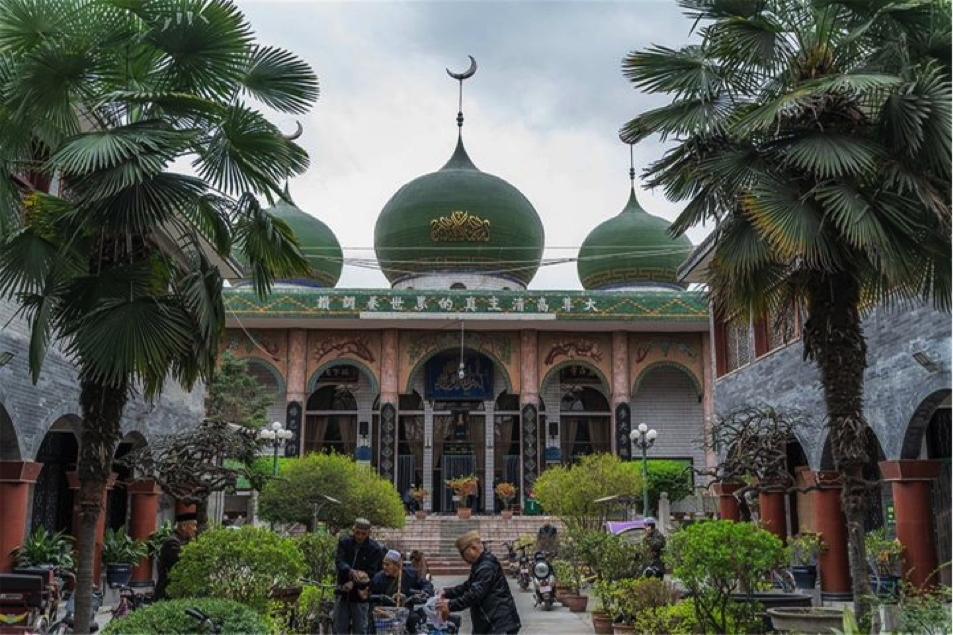 Like many famous religious sites in China, the Nanguan Mosque has undergone an increasing process of commercialization since the 1980s. Bao Jingui 保进贵or Haji Muhammad Yunus, the Imam and head of the Nanguan Mosque, envisioned the mosque as a tourist site even from the very beginning of its reconstruction. For example, he established a tourism company, making the mosque one of the few in China where non-Muslims could visit with a ticket, and setting up a gift shop by the entrance of the mosque (Yang, 1988: 217). By the 1990s, the Nanguan Mosque had become a must-see in Yinchuan for tourists from across the country.

In the 2000s and 2010s, Bao’s promotion of tourism led to some radical transformations of the Nanguan Mosque, which mirrored nationwide trends of religious development (Johnson, 2017). Two domed pavilions with flamboyant forms were attached to the main building and a gigantic gate that threatened to overshadow the mosque itself was erected. While these lavish expansions enhanced the original Islamic style of the mosque, they also reinforced the impression that the entire complex was meant to be a tourist destination. This was especially true of the replacement of the solemn deep-green colour of the domes with a kitschy bright turquoise. Relative to Yao’s masterly design, these changes made the mosque look garish and tacky, an effect captured in an oil sketch painted by Zhou Qing 周青, an acclaimed professor in the Tianjin Academy of Fine Arts, during her visit to the mosque on the eve of its demolition (Fig. 6). Rather than sacred Islamic sites, the refurbished mosque called to mind an Islamic theme park, much like the one constructed in 2005 on the outskirts of Yinchuan, which was also recently remodelled by the local authority (Haddad-Fonda, 2016).

In any event, given the exceptional political prestige and cultural significance enjoyed by the Nanguan Mosque in China over the past four decades, the utter elimination of its characteristic Islamic style is both shocking and saddening. This remodelling effectively conveys a devastating message to the Hui people, that they will no longer be allowed to openly celebrate their Islamic heritage. In a globally connected world, the Hui people, who have long been regarded by the Chinese government as model Muslims, will be forced to conceal their cultural identity again.

Gan, Nectar (2018), “How China Is Trying to Impose Islam with Chinese Characteristics in the Hui Muslim Heartland,” South China Morning Post, May 14, available at: https://www.scmp.com/news/china/policies-politics/article/2145939/how-china-trying-impose-islam-chinese-characteristics (accessed 11.20.2020).

Johnson, Ian (2017), The Souls of China: The Return of Religion After Mao, New York: Pantheon Books.