A Political Crisis, Long-term Trends and the Chinese Communist Party under the Magnifying Glass 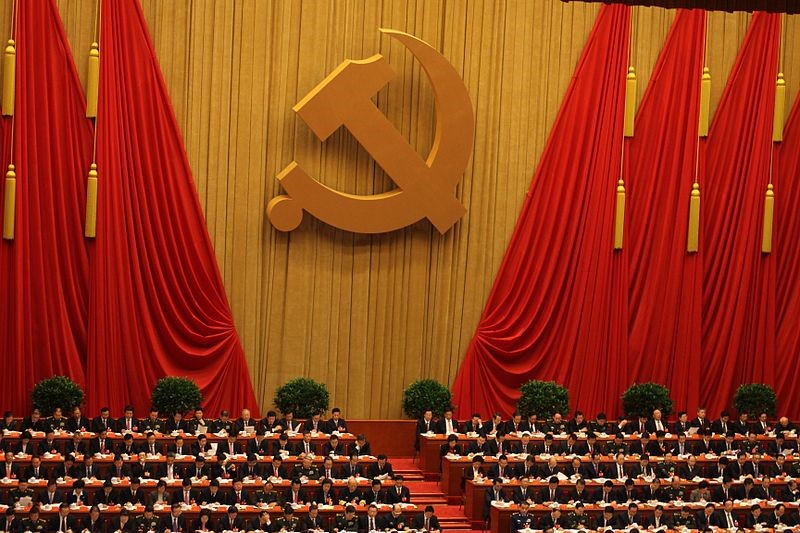 The COVID-19 pandemic has reached far beyond the immediate public health crisis to significantly affect global political and economic structures. Informed by a political science perspective, the author examines how the virus serves as a magnifying glass, accelerating and making more visible long-term trends in Chinese domestic and foreign politics, and why Chinese studies expertise is crucial for shaping Europe’s response to these trends.

A Political Crisis, Long-Term Trends, and the Chinese Communist Party under the Magnifying Glass

When the new coronavirus started spreading around the world it quickly became clear that its impact would reach beyond the immediate public health crisis and significantly affect global political and economic structures. US president Donald Trump soon started labelling it as the “China virus” and identified it as a global health threat originating from China, blaming the Chinese Communist Party (CCP) and the Chinese government for allowing the virus to spread around the world. The Chinese government, however, rapidly rebuked this reproach and highlighted its response to the virus and its lockdown measures in Wuhan as a success, aiming to portray itself as a globally responsible actor. In his Government Work Report to the National People’s Congress on May 22, 2020, Chinese Premier Li Keqiang even stated that “under the strong leadership of the Central Committee of the Communist Party of China with Comrade Xi Jinping at its core, and through the hard work and sacrifice of our entire nation, we have made major strategic achievements in our response to COVID-19” (China Global Television Network, 2020). This clash of interpretations, among others, underlines that the current crisis is a political one as much as it is a health crisis. With China at the centre of attention in this political crisis, and at the centre of a hoped-for economic recovery, Chinese studies in the field of political science can make important contributions to understanding and managing the political and economic impact of the crisis with regard to China, and to readjusting future relations with the People’s Republic of China (PRC) as Europe and the world emerge from the pandemic.

For understanding the political crisis that comes in tandem with the health crisis, there are two main points to consider for the contributions Chinese studies can make. The first point is that the crisis serves as a magnifying glass and an accelerator for already existing trends and issues. While the virus does not directly cause issues like the friction between China and the US, it throws them into significantly sharper relief. In times of rising economic protectionism and discussions of a potential future trend of de-globalisation, weakened US leadership on the global stage and rising tensions with the PRC, there is a need for Europe to find its own way in dealing with an increasingly assertive China. Particularly under Xi Jinping, whose slogan, the “Chinese dream of the great rejuvenation of the Chinese people,” is interpreted as signifying the Chinese ambition for a strong leading position in the world. This striving for a leading position is perceived as a challenge to the leadership role of the US and has – particularly under the Trump administration – led to a significantly deteriorating relationship between these two countries. At the same time, in Europe, Chinese engagement has led to debates on how to deal with China’s economic assertiveness and how to protect core economic interests and sensitive technologies, not least 5G infrastructure. At the same time, in domestic politics, Xi Jinping has often been perceived as a neo-Maoist authoritarian strongman who is reintroducing strict control structures and is conducting a large-scale inner-Party purge in parallel with the reintroduction of ideological indoctrination and training. China is therefore often seen as an increasingly difficult, yet – particularly in the context of the current crisis – indispensable, partner to deal with.

Such issues have been part of the analysis of Chinese politics at least since the ascension to power of Xi Jinping in late 2012, if not longer. However, what we can observe right now is that the corona crisis, although largely independent from many of these ongoing problems and debates regarding China’s domestic and foreign policy, serves as a prism through which these issues are magnified. Issues that have been brewing for a long time are now boiling to the surface of attention and becoming more acute. Although none of these problems are new, the pandemic makes them more visible and requires increased discussion of how to proactively handle the relationship with China in the future. This is precisely the point where Chinese studies can make an important contribution: not in handling the acute and immediate public health crisis but in analysing the economic and political effects of the pandemic and contributing to the discussions on how Europe should relate to China in the future. As long-term trends are made more visible and accelerated under the magnifying glass of the crisis, Chinese studies expertise is particularly important for understanding them. The Chinese government, and hence the CCP, seems to be attempting to use the pandemic to cement its leadership both domestically and abroad and to make use of the profound and widespread insecurity created by the spread of the virus and the apparent global leadership vacuum to implement its domestic and foreign policy initiatives. Under these circumstances, and similar to the reliance on medical expertise for handling the public health aspect of the crisis, it is necessary to rely on Chinese studies within political science to handle the geopolitical and economic aspects of the crisis as well as the question of future engagement with China.

This is precisely where the second point comes into play. It concerns the role of the CCP as the core political actor. Xi Jinping’s strong position in the Chinese party-state has led to comparisons with Mao Zedong and increased attention has been paid to him as a political leader. Adding to this general discussion in the media, Chinese studies can contribute to a better understanding of the opaque organisation that is the CCP, including its interests and visions of China’s future. Such understanding of the party is important for shaping European responses to the political crisis induced by the pandemic; as Li Keqiang referred to in his statement, important political decisions in China, such as the reaction to the pandemic, take place under the leadership of the CCP and hence revolve around core interests of the party. In many countries, the current pandemic situation has been perceived to be the “time of the executive,” i.e. a moment in which governments make use of their executive powers and introduce far-reaching measures to contain the spread of the virus while temporarily circumventing legislative deliberation. This aspect is even more important in the Chinese political system because the system is not grounded in the separation of powers. The “executive” in China, in the form of the CCP, is also responsible for the formation, deliberation, and implementation of policies and overall political understanding. This implies that all political and economic decisions that also affect the engagement between China and Europe are taken by the CCP and hence depend on political views and preferences of different interest groups within the party. In times of uncertainty regarding the readjustment of relations, the need for which was accelerated by the pandemic, it is extremely important to grasp these views and preferences and better understand the political actor we are dealing with. Because such debates within the party take place in Chinese and usually behind closed doors or in coded language and subtle references in public, the expertise of Chinese studies is indispensable for analysing and contextualising these debates to provide the necessary understanding to shape a policy response and to find ways to mitigate Europe’s future relations with China in the process of emerging from the immediate crisis caused by the pandemic.

Even though the issues that the CCP is dealing with both domestically and internationally are part of long-term trends, the coronavirus crisis now serves as a magnifying glass and an accelerator of these trends. This high-pressure environment has the potential to become a game-changing moment for the CCP. Under these circumstances, where the economic and political fallout from the pandemic is massive and China is a crucial actor in resolving it, political scientists in Chinese studies can make an important contribution to understanding how China is shaping its political and economic response to the crisis, what the underlying policy discussions and preferences are, and what this means for the European response and future engagement with China. Like a sailor’s compass that become even more important in a storm, experts in Chinese politics, and the contributions they can make, are even more important when the relations with China are in troubled waters, as they currently are. Students of different areas of Chinese politics can therefore contribute background knowledge, information, and analysis grounded in empirical research to better contextualise the long-term trends currently exposed and accelerated. At the same time, students of the CCP can contribute to a better understanding of the decision-making processes and internal debates inside the party, and the leaders’ preferences and networks, and thereby help shape responses to these policies and actions in an attempt to deal with the political crisis caused by the pandemic.