Chinese Studies in a Pandemic: A Historian's View

For someone who studies Western perceptions of China, the Covid-19 crisis certainly captures the attention. Writing from the position of a historian, much of the media discourse during the pandemic sounds strangely familiar to the author. Plus ça change, he says, although logic would suggest that the successes of South Korea and Taiwan in dealing with the crisis may begin to erode the image of a backward Asia.

Chinese Studies in a Pandemic: A Historian’s View

For someone who studies Western perceptions of China, the Covid-19 crisis certainly captures the attention. The UK has witnessed a dramatic spike in hate-crimes directed against Asian people (Grierson, 2020), driven in part by the finger-pointing of politicians desperate to evade responsibility for mismanaging the crisis. Across the Atlantic, the “Chinese virus” has been employed as a weapon in the ongoing US-PRC war of words, with US secretary of state Mike Pompeo claiming provocatively that “China has a history of infecting the world” (Connolly, 2020). Meanwhile, the Wall Street Journal published an opinion piece in February claiming that China was “the real sick man of Asia” (Mead, 2020), an evocative phrase with strong historical connotations of colonial subjugation. By contrast, the Danish newspaper Jyllands-Posten felt compelled to apologise in multiple languages for publishing an image of the virus in the form of a PRC flag (Nybroe, 2020), having been accused of “hurting the feelings of the Chinese people.”

Inevitably, too, the diet and eating practices of an imagined and monolithic “Chinese people” have once again become a part of the China of Western minds. Although quickly debunked, a story that the virus had originated from bat-eating has captured the imagination of Western observers and has proven remarkably difficult to unseat. On March 18, the US Republican senator John Cornyn claimed that the Chinese were to blame for the pandemic “because [of] the culture where people eat bats and snakes and dogs and things like that” (Shen-Berro, 2020). In April, Canadian clothing retailer Lululemon was forced to distance itself publically from a “Bat Fried Rice” t-shirt (Fig. 1) being promoted by its art director (Magra and Hauser, 2020). 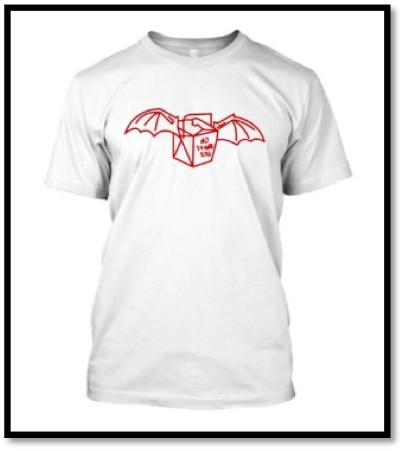 To a historian of Sino-Western interaction, it all sounds strangely familiar. The association of Chinese people with disease has a long history in the Western imagination, as evidence for which the American Chinatown, that perennial blank screen against which our Asian fantasies and fears are projected, has often been invoked. Already by 1871, Thomas Logan (1871: 44) could describe as a “notorious fact” that “the Mongolian portion of our population are totally regardless of all sanitary laws” in an address to the California Board of Health. G. B. Densmore (1880: 29) observed that “the germs of disease are produced by decay of animal and vegetable matter, and the air robbed of its oxygen by the exhalations of the withered inhabitants.” The implausible claim that a New Jersey man had contracted leprosy from a shirt ironed by a Chinese laundryman created a brief panic in 1909 (Wang, 2002: 65). And nothing better illustrates our strange tendency to racialise disease than the largely unsuccessful efforts to control the outbreak of plague in San Francisco in 1900, during which the Chinese population was quarantined, while white Americans were able to come and go through the same streets as they pleased.

Western observers have likewise tended to see Chinese dietary practices as unhygienic, and have spent much time obsessing over things they believed Chinese people were eating (Fig. 2). As one early-twentieth century commentator described it, “everything from root to leaf, from hide to entrails, goes into his [a Chinese man’s] unscrupulous stomach …who can tell what are in Chinese dumplings, patties, and sausages?” (Hardy, 1907: 107). Who indeed? More recently, concerns about the now-debunked “Chinese restaurant syndrome” and the use of monosodium glutamate (MSG) led to extensive avoidance of Chinese restaurants in the West, even after the flavour enhancer was declared safe by various official agencies (and its widespread use in non-Asian foodstuffs revealed). As late as last year, a white American businesswoman opened a new restaurant promising to serve “clean” Chinese food (Otterman, 2019). 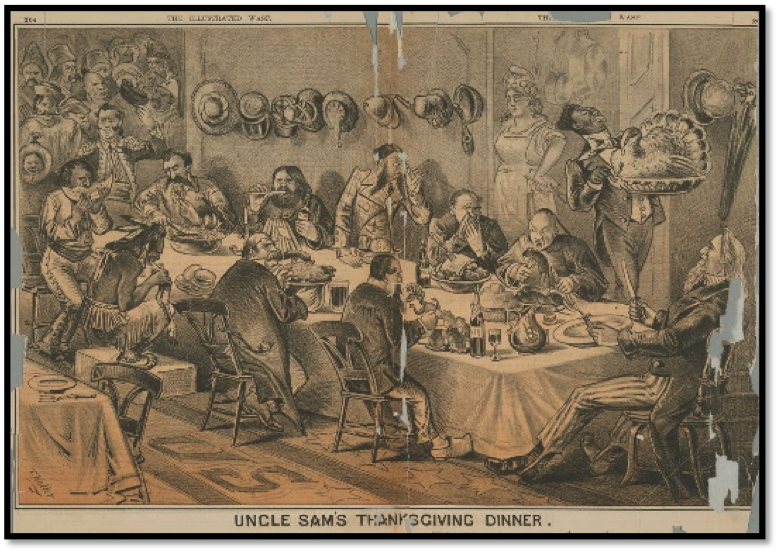 As Wenying Xu (2008: 2) has argued, “food operates as one of the key cultural signs that structure people’s identities and their concepts of others.” Studying the long history of Western interaction with Chinese people highlights our tendency to understand such cultural signs in explicitly racial terms in the case of the Chinese, and to be unusually blind to evidence that goes against what we already think we know. That tendency is all too evident today. The debunking of the bat-eating story did not change the narrative for those seeking evidence of Chinese fault in the present crisis. As Gerald Roche (2020) observes, “when the images of bat-eating circulated online, they evoked pre-existing representations of Chinese people, and Asians in general. This enabled commentators to feel confident in claiming to understand the etiology of the virus and, in doing so, dismiss the suffering of the affected people while even suggesting they actually deserved it.”

A related point was made in late March by Emily Rauhala (2020) of the Washington Post, who tweeted, “One of the most painful lessons of this crisis is the extent to which America cannot or will not identify with Chinese pain. Every horror that is happening here happened first in Wuhan. We covered it. Many people did not care.” That observation stuck with me, for this seeming inability, or unwillingness, of Western observers to empathise with Chinese suffering is evident in some of my own recent research on photographs of dying Chinese subjects around the turn of the twentieth century, and for which, again, Western commentators often sought explanations in explicitly racial terms. Arthur H. Smith (1890: 113) claimed of the Chinese an ability to tolerate pain through “nerves of a very different sort from those with which we are familiar.” A decade later, the French Jesuit Alphonse Favier (1902: 328) was convinced that a Chinese man had “less blood, fewer nerves, and by consequence, less feeling [moins de sensibilité]” than a European, arguing that Chinese suffering at times of torture was therefore correspondingly less. The long history of Westerners making solemn pronouncements about Chinese people should caution us to think carefully before swallowing the racially-charged fantasies currently emanating from certain types of news media, many of which bear an uncomfortable resemblance to those of a century or more ago.

We might also ask why we continue to think about disease – an inherently global phenomenon – in racial or national terms. The San Francisco plague mitigation attempts of 1900 might seem ridiculous to us now, but Marius Meinhof (2020) argued convincingly in March that Western responses to the impending Covid-19 crisis had been hampered initially by our perception of the virus as somehow related to China as an “authoritarian or backward other, disconnected from the West.” That perception hasn’t gone away in relation to the PRC, but as mortality figures in the UK and US continue to rise, logic would suggest that the relative success of governments such as those of South Korea and Taiwan in dealing with the crisis would begin to erode the image of a backward Asia that still exists in many modern Western minds. I won’t hold my breath, though; they’re difficult to fathom, these Occidentals.

Otterman, Sharon (2019), “A white restaurateur advertised ‘clean’ Chinese food. Chinese-Americans had something to say about it,” New York Times, April 12, 2020. Accessed at: https://www.nytimes.com/2019/04/12/nyregion/lucky-lees-nyc-chinese-food.html

Roche, Gerald (2020), “The epidemiology of Sinophobia,” Made in China Journal 5 (1). Accessed at: https://madeinchinajournal.com/2020/02/17/the-epidemiology-of-sinophobia